MP for Rochford and Southend East

James Dudridge lives in Southend with his wife Katy, their two young sons Tom and Henry, their daughter Mary, and their two cats Boris and Barney.

Upon leaving Essex University, James went on to pursue a successful business career in the private sector. He was a banker with Barclays in the City of London and then moved out to Africa for 10 years, rising to National Sales Director in the Ivory Coast. Eventually James ran the bank’s operations in Botswana with a staff of 750 people. He remains interested in financial matters and the effect of legislation on business.

James was also a founder member of the highly successful national polling firm YouGov. He remains interested in financial matters and the effect of legislation on businp:/ess.

In 2005 James was elected as the Member of Parliament for Rochford and Southend East.

In addition to his constituency campaigns, James also works closely with local schools and community groups, and has hosted several visits to Westminster to encourage young people to take an active interest in politics and citizenship.

In his spare time, James enjoys spending time with his wife Katy and their 3 children. James takes a keen interest in sport, especially football, supporting his local team Southend United, as well as Southampton. He also enjoys running, cycling, DIY and real ale, although not always in that order!

James Duddridge MP has become the latest Southend resident to offer a helping hand to the local community in the event of wintry weather.

Help us take action on local issues and build a better Britain. 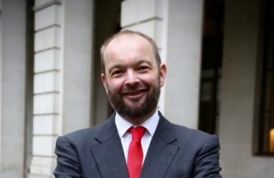